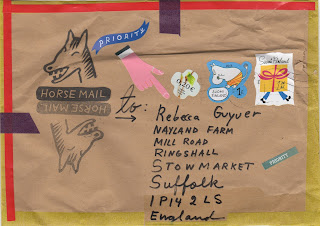 I like to think of Carina under the big moon at about 2 in the afternoon gamboling with the horses in Finland, but most likely she is in her studio beavering away. She must be for me to receive such a stuffed package (about a week ago). 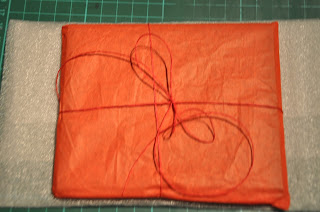 Inside this priority post is a present, FOR ME.  aimlessly tied with a red-orange bow of string. Inside the tissue paper is Peop shuf a like bum ano cru a wonderfully haptic black and grey and about every other monochrome colour one can make. It's a picture book with a few guiding words. 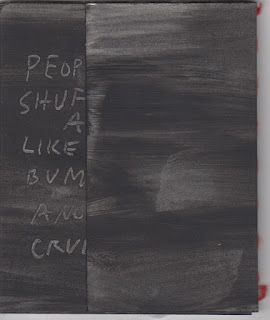 …but more of that later! 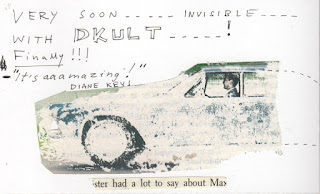 Not sure if Carina has been drinking the kool aid but apparently she is driving to invisibility with DKult. Whatever, it is a very cool collage, reverse tape transfer, or something. It is the front of a card with a secret message for me inside.  Also in  the package are some vintage comics. I presume they are for me to use, alter, send back? 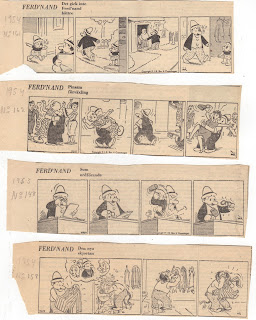 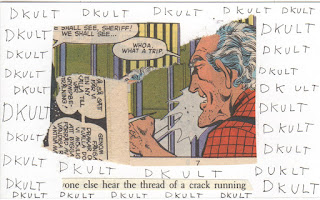 So now it's time for the inside of Peop shuf a like bum ano cru which it turns our is not a cut-up, but an obscured bit of sensible writing.  Primed, I open onto a dystopian world. Although perhaps it is just other-worldly? 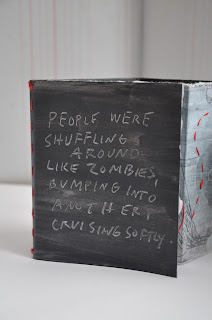 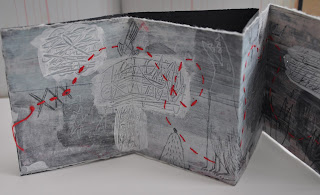 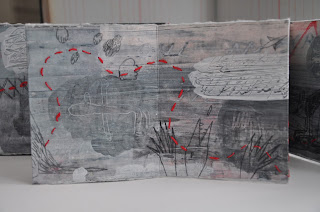 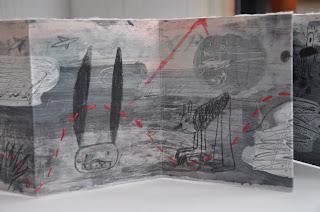 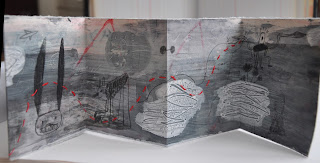 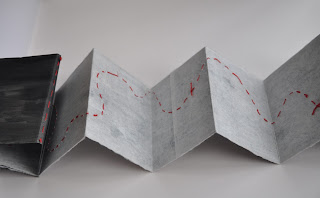 I can't express enough how beautiful this boekie is to hold.  It reminds me of the roadrunner and a time when we watched black and white tv.  It is definately a pre-internet world where sounds, forms and visions are born on a page and live thereafter. Does Carina have names for these amazing creatures and where is this world of scratchy clouds, watery landscape and shadows that become creatures? 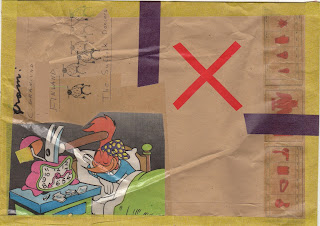 Email ThisBlogThis!Share to TwitterShare to FacebookShare to Pinterest
Labels: boekie, Carina Granlund, http://www.carinagranlund.com, So now it's time for the inside of Peop shuf a like bum ano cru