vintage stamps and stubs didn't cross in the post… 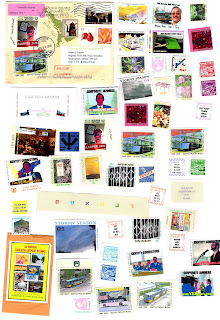 Oh boy, I need to go through my boxes of saved stuff for collage and pull out those tickets and stubs!  I believe Cascadia Artpost has sent me some of his precious vintage stamps because I promised to do that!  Wouldn't you know I'd forget something like that. Hey ho, no time for washing clothes or weeding, I guess.

Look at those stamps! If a few are upside down I apologise. And I scanned the envelope twice and didn't scan the little envelope that held the stamps separately (rap on knuckles). It is a stunning mailing and now to find the stubs! 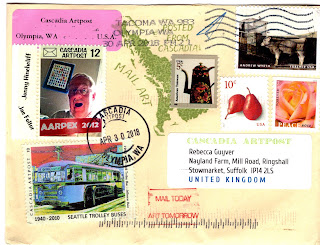 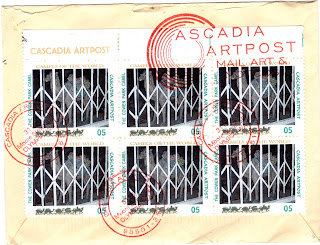 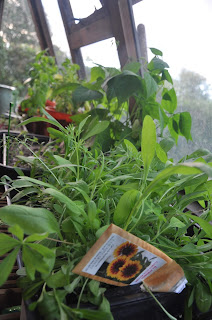 And this is how Cascadia's seedlings are doing… I should have pricked them out a while ago but I need to dig a bed and we haven't had any rain for so long it will be a marathon effort and I don't have a marathon of time… I am considering pots, but luckily they are all thriving and it is top of Saturday jobs list! 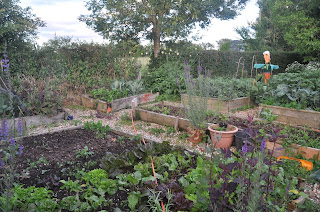 And this is one of my gardens and how we live…
Posted by Rebecca at 12:38 PM 1 comment: 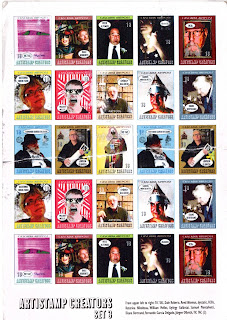 I  always love receiving these intricate stamp filled postcards from Cascadia.  I think this one only arrived this week (and it was creased and partially folded - mailed May 7th. And I love the rythmn of the repeats 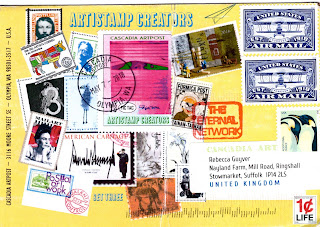 Posted by Rebecca at 1:36 PM No comments: 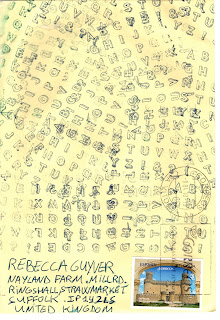 Mikel sent me this fine example of Dadism a long time ago.  I think I brought it to Maine with me in May and I didn't lose it i was just lost in a whirlwind of activity that wouldn't give me a second for MAILART. Still, it's father's day here today and I got a good title out of it!

This envelope is actually flourescent yellow… that's probably how I didn't lose it in the piles and moved piles and then in the clean up!  and who knew Legazpi was in the Philippines? not only is it beautiful mail art - I gleened some useful crossword knowledge!  Thank  you and I will try to add and pass. 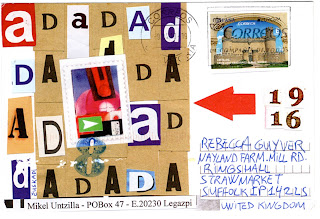 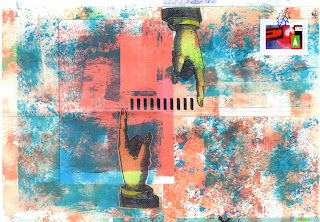 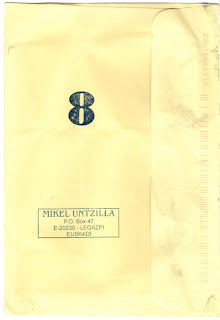 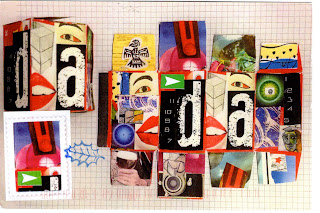 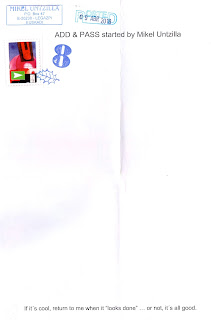 Posted by Rebecca at 1:27 PM No comments: 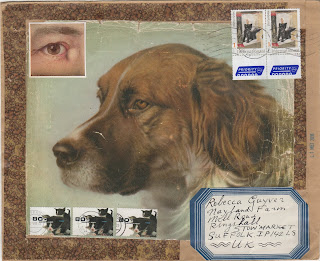 Man and his pets is an apparent theme on this wonderful mailing from Herman. As I type, our 12 year old lurcher jumps to her chair in the studio after coming in from 'hunting' in the long grass of the field. I don't know what she was really doing but in the past she absconded to chase rabbits and hares. Now as an elderly dog she was probably just been sunning herself.

I look a little like my dog. Mostly just that she has dark hair with a lot of grey in it.  I don't have dreadlocks like she does, and her legs are really skinny. Herman captures human actions carried out by animals,  we are much more like our pets than we even realise.  I shouldn't be dwelling on the message, though. Herman's envelope (uncovered this time) uses, tone, colour and line (music scores turned this way and that) - the elipsis of margins - to create his own kind of meaning. 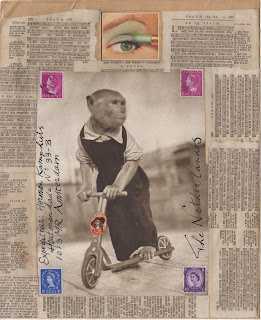 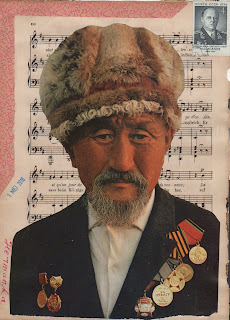 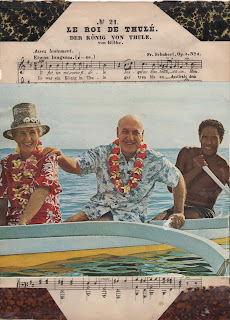 This King of Thule looks like the life an soul of the party and he is certainly post elixer of youth and his Marguerite looks well and quite in love… (From Faust Opera)
'There was a king in Thule,
Was faithful till the grave,
To whom his mistress, dying,
A golden goblet gave.

Nought was to him more precious;
He drained it at every bout;
His eyes with tears ran over,
As oft as he drank thereout.

When came his time of dying,
The towns in his land he told,
Nought else to his heir denying
Except the goblet of gold.

He sat at the royal banquet
With his knights of high degree,
In the lofty hall of his father
In the castle by the sea.

There stood the old carouser,
And drank the last life-glow;
And hurled the hallowed goblet
Into the tide below.

He saw it plunging and filling,
And sinking deep in the sea:
Then fell his eyelids for ever,
And never more drank he![1] 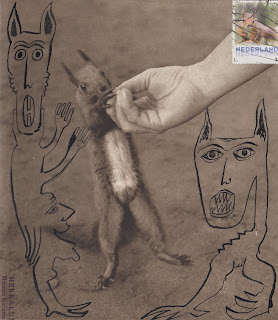 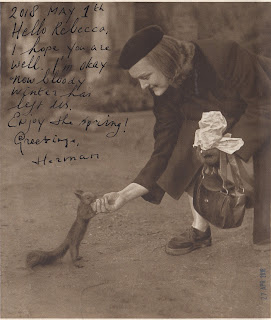 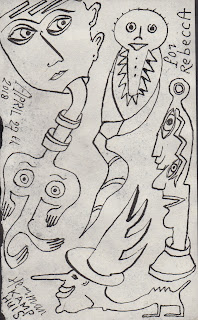 And the pièce de résistance….Herman's doodles: part human, part animal, part machine.  Love it all! and mortified that it has taken me a month to blog it. Thank you Herman!

Posted by Rebecca at 1:14 PM No comments: