An apology from America

The tone of this mailing from David is blue. And what I felt upon opening it, the slant of light you notice when looking back in time, or looking forward at a time in life when you might feel more is behind you than in front. It's how I have felt since I stayed up all night willing the American people to make the only reasonable choice.

Part of the feeling is from what David says, part of it is what I make of it, knowing what I know now and part of it is the contrast between the exhuberant monotype image and the faded slide. 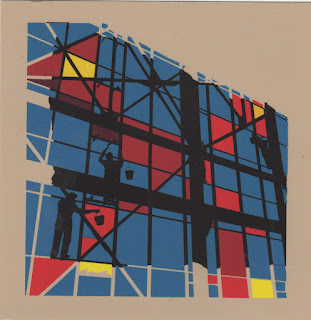 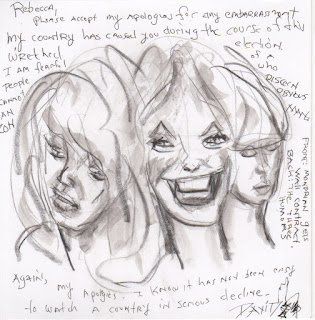 As an American living in England I inhabit a particular space. I can't easily be pigeon-holed but as soon as I speak people make assumptions.  Since the election, I have chosen who to speak to with care. Although just a little over half of Britain voted for Brexit, it feels like way more than that percentage knows that what America did when it elected Trump was tomfoolery. I feel ashamed when I speak here.

But my uncomfortableness is nothing in comparison to how those Trump maligned must feel. David, I forgive you!  But also know that we share a similar vision for the future.  The thing is, how do we get there? And if you are telling me to smile… it's still a bit early. 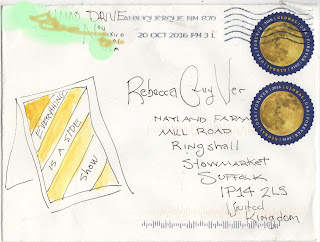