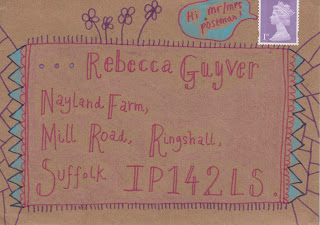 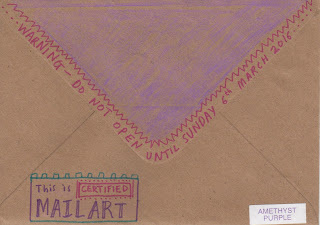 I pride myself at my ability to identify mail artists from a distance: the slant of their pen, the colour they choose, the postmark, these are all giveaways.  I am usually good at it.  This colourful, exacting envelope arrived at the start of the week sometime - I have abandoned recording dates of arrival.  I am just not that left brain about my mail art. So, this arrived and I thought, 'wow, something from Stripygoose before I even replied to her last mailing.'  noting that there was no bird on the envelope and assuming there would be one inside. I noticed the, 'do not open until 6th March' and wondered what was special about that day, but assumed it was one of those IUOMA mailings that happen occasionally and thought I'll find out on the 6th.

Meanwhile, every day Figgy would call and ask me if I had received anything from her.  'No, no. no,' I believed she had sent me something but it definately was lost… so she sent me a picture Jonny had taken of her posting it, as proof.  I assumed the stamp had fallen off.

It was just a typical mother's day around this house.  No flowers, no cards and a few late phone calls.  I trained them well!

Fig was really disappointed.  She had planned and her plan had failed. At least we thought it had until I took out my stack of blogging mail just now and opened the one that said 'open on 6th March.' DUH. 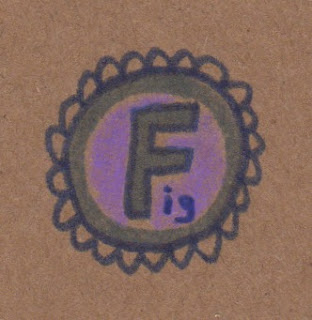 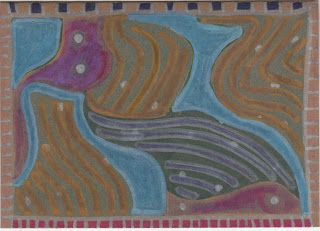 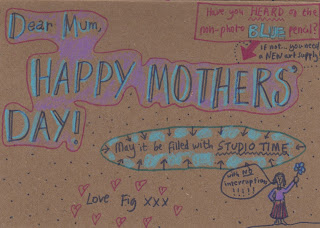 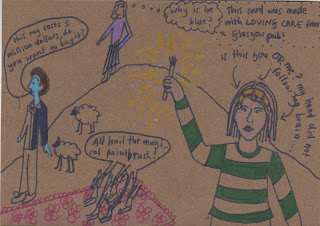 So this is where we stand:  Figgy you win.  Hudson you lose. And Stripygoose, I will send you the envelope I made about a month ago soon.