I READ this letter from cover to cover! David portends 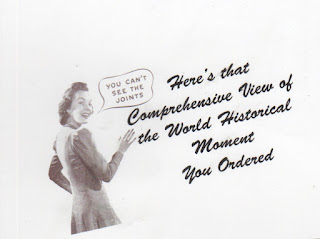 David knows that I am passionate about what's going on in the world, so he's sent me some things to prepare for the future. At the same time, he doesn't want me to forget that I am in the midst of history RIGHT NOW.  David doesn't have to tell me! I just spent the afternoon live-streaming the congressional intelligence committee meeting.  These are interesting times.

Like Joseph Cornell who I have been reading about again, David mixes science, social commentary and the self in his fascinating mailing.  David tells a story inventing a red and green and yellow planet which is tumbling towards this poor child 'Destiny' and us. And then again, David may be just speaking metaphorically and mean that with all these crazy politics, our planet is in the process of erupting in chaos as I type. We will be the news. Whatever, it's abeautiful asemic (print) design that has a Japanese feel, to me. 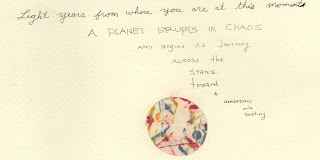 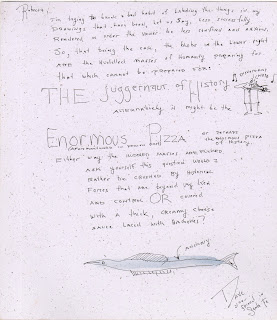 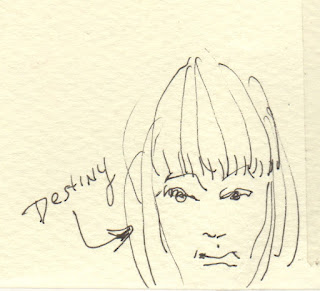 As ever, the explanation is as beautiful as the official art. This arrived  in a sturdy envelope, or one less observent might have thought it was JUST an envelope… on careful inspection I found that it was the curiosity below - an historical account of Professor David Stafford, who just happened to be an authority on the art and pratice of letterwriting. Tell me more! 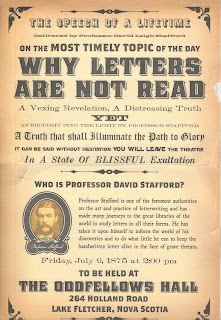 Brilliant and thank you, David!