Sliding to the Eel era with Scientist Stafford 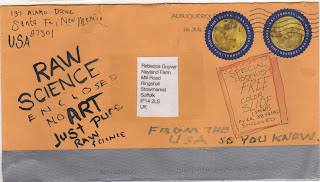 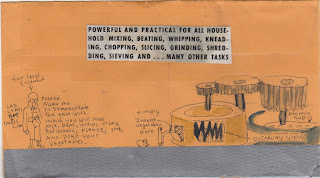 My fellow archivist friend, David Stafford sent me an official looking letter the other day. Or maybe I should say that that colour of envelope is something I associate with officialness. It looks like the kind of legal envelope that used to sit on my father's desk.  On careful inspection, I think it may once have been 'official' and is repurposed legal trashpo.  Whatever, it has all sorts of messages of warning that of course I take no notice of: 'RAW SCIENCE enclosed no ART just pure raw science' has got to be a joke. But I'm intrigued.

David is divesting himself artily of some of the contents of his or his mother's house and I am the lucky rcipient of an at least 38 year old color slide!

And to be honest it is clear that even if this envelope does contain science, the purveyor has at least as much interest in words as invention and a keen ear for language: 'mix, beat, whip, flay, rotisserie, flense, stab, and poke your vegetables…' he also has a visual mind for making almost believeable contraptions! 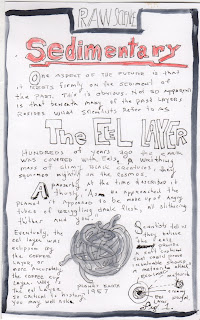 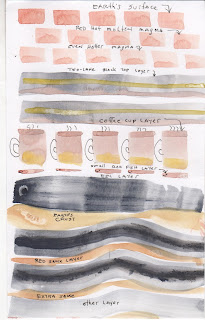 So I can kind of imagine how David works. The way I see it, it's a bit like sending your titles off to the art show before you have made the piece and then having to make something to fit the title. Although I don't know which way around David works.  Did he make a pattern, let it take on a life of its own and then write around it, or are the illustrations simply illustrations of a genius' mind after the writing is complete?

The thing is I think we are in the plastic layer now and for sure that coupled with the eel layer should stand us in good stead when that meteor arrives! 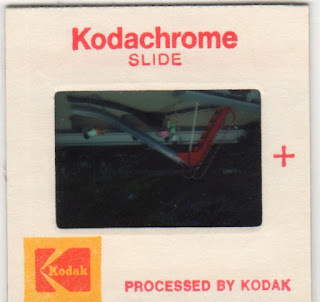 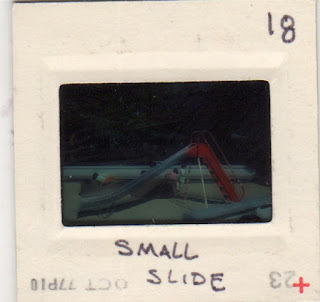 And the icing on the cake is the SMALL SLIDE. I can't help thinking 'One small slide for humanity...'