Just when you thought Christmas was over….

It's the report on the Barfa Spewart tacky Christmas gift swap!


Apparently it is a tradition for DK (spiritual and actual leader of DKULT and our own Trashpo queen) to organise an annual Barfa Spewart tacky Christmas gift swap.  I guess it's fair to say that DK has lapsed a bit, but this year it was on.  I'm not sure how I managed it, but somehow I was one of eight, I think, who sent gifts to fellow mail artists, to a vague yet specific tacky brief. I was paired with KDJ.

Orlando is a long way from Ringshall, so I was fairly careful when choosing gifts.  KDJ took a more reckless approach.  Throwing caution to the wind, she settled on transforming a nutcracker by putting her crafty and (to some) tacky skills to the test. The package was large and expensive and KDJ was a bit worried that the sequins and gems might not make it in transport. KDJ needn't have worried, her glue-gunning held fast, the package wasn't dropped and all arrived safely!  What a wonder to behold!  I named him uncle santa. 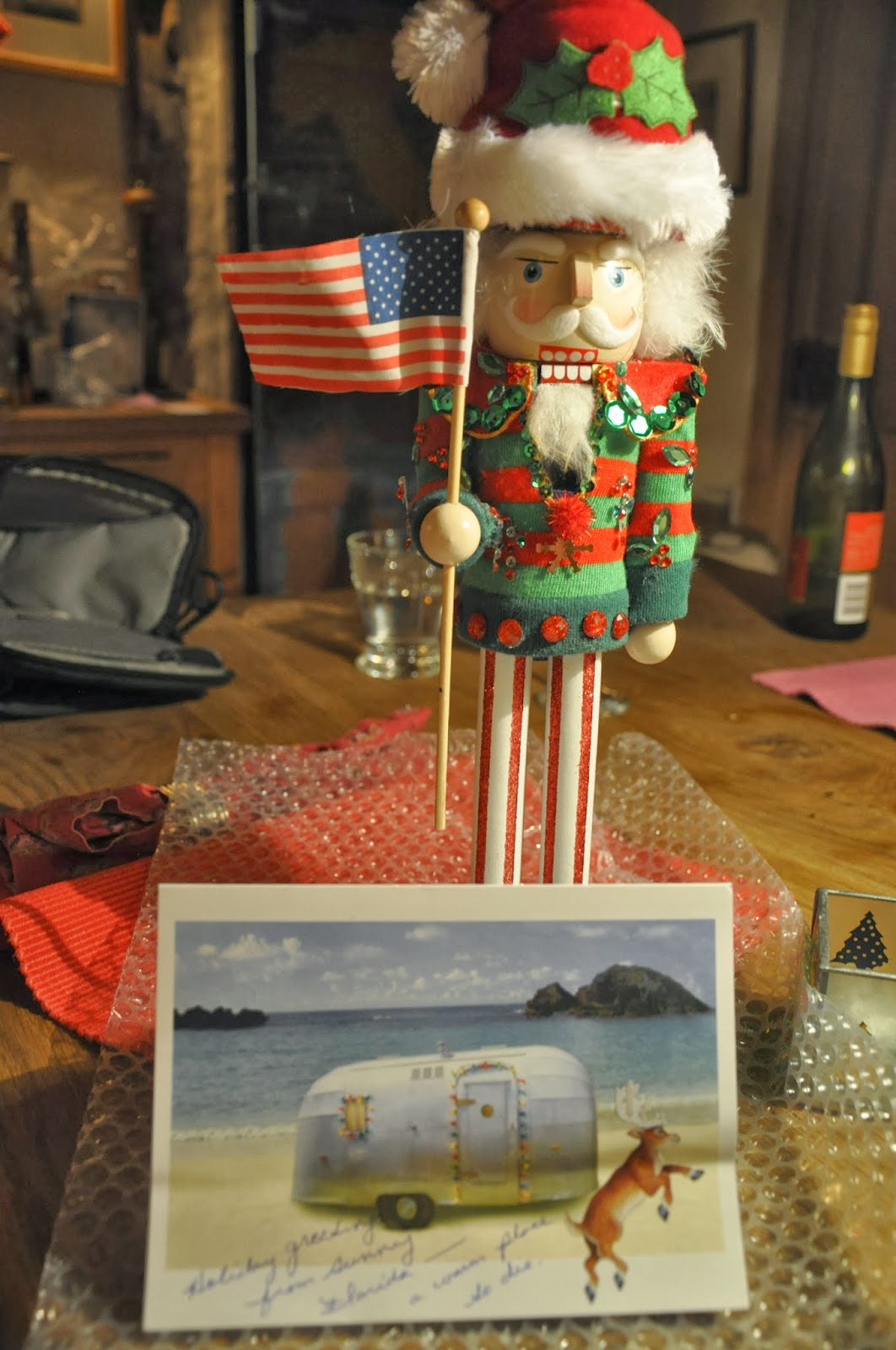 In England we pull those Christmas cracker things to get our jokes.  KDJ made sure I had some to keep me going until then... 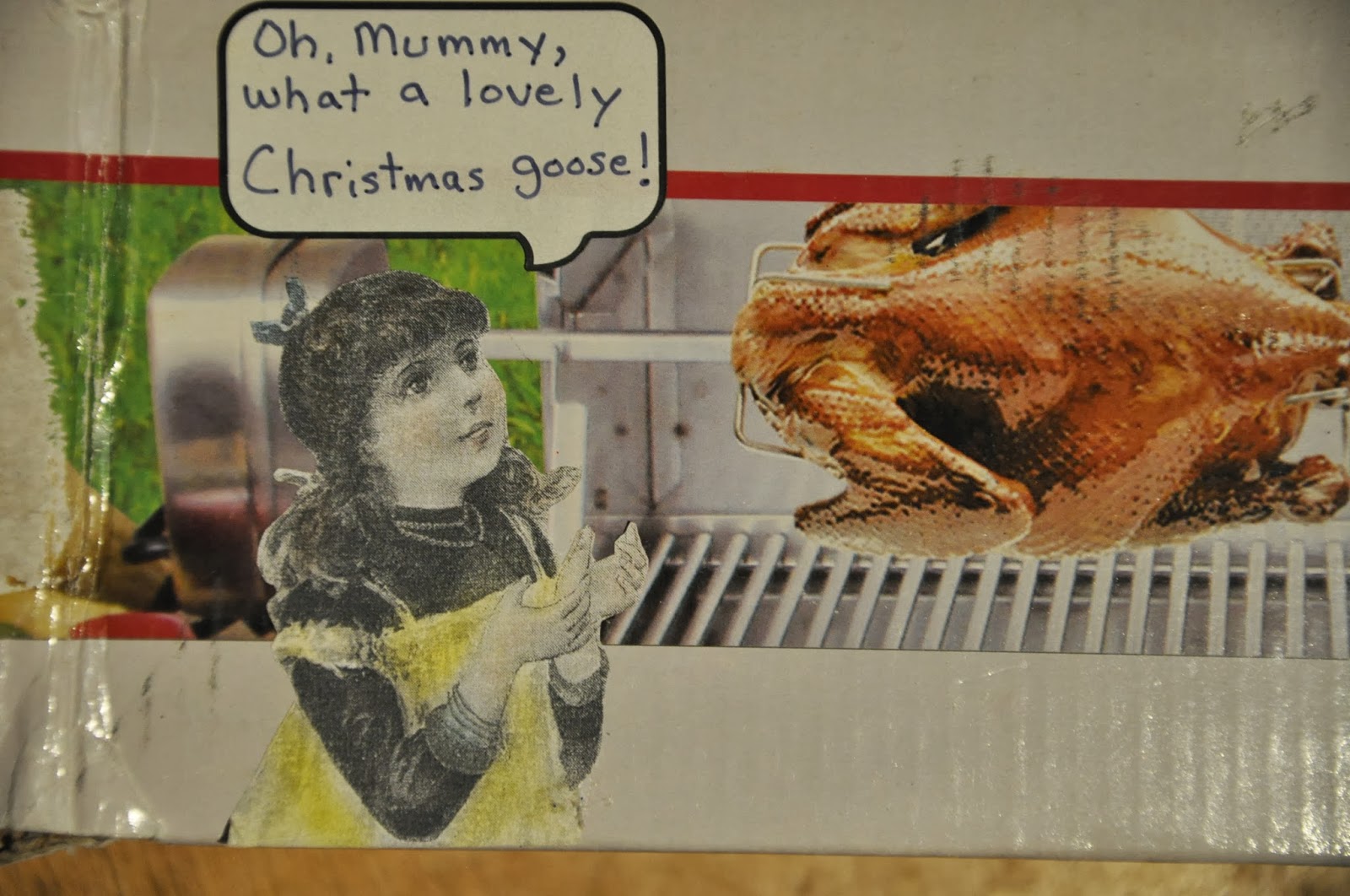 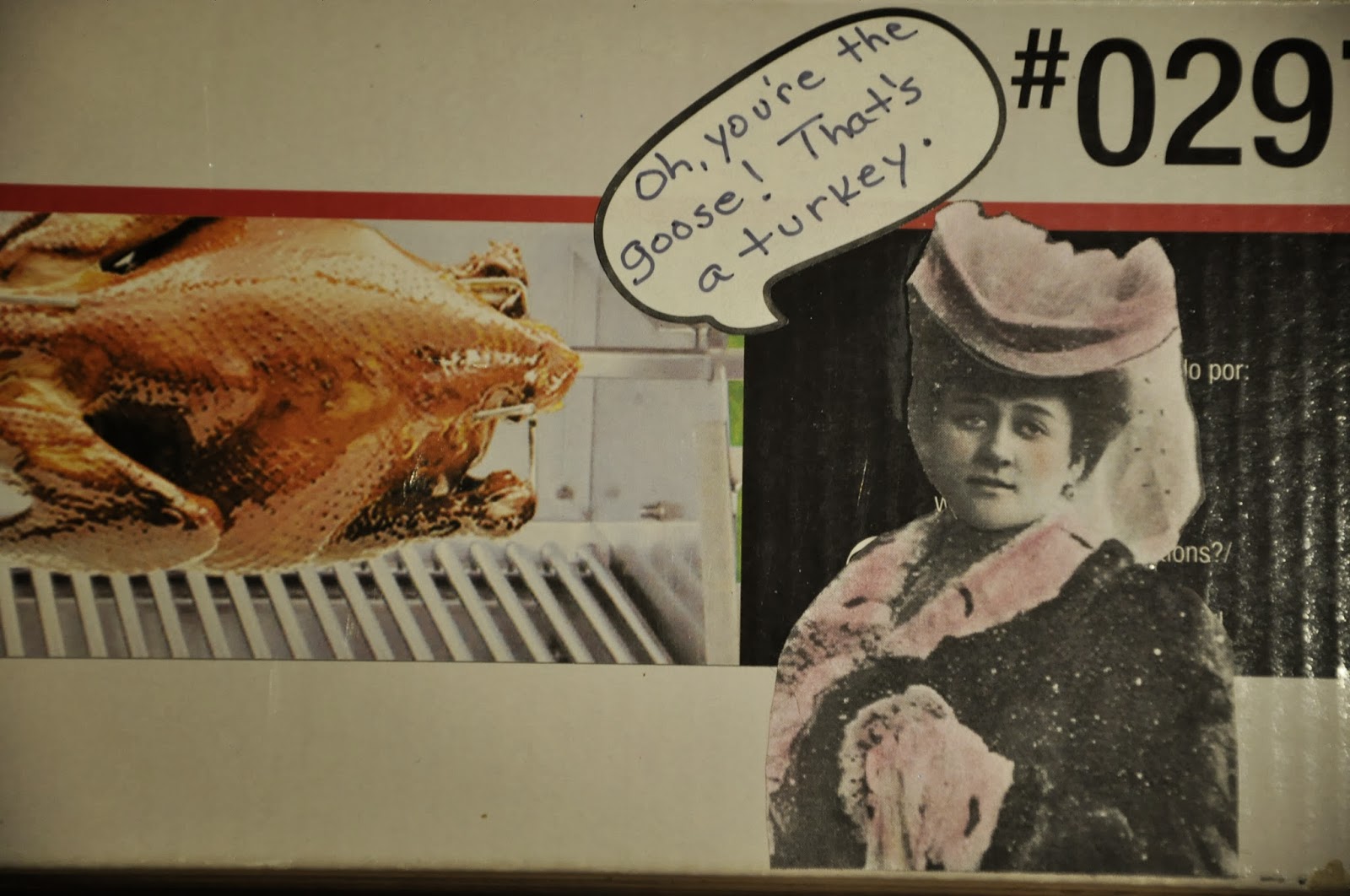 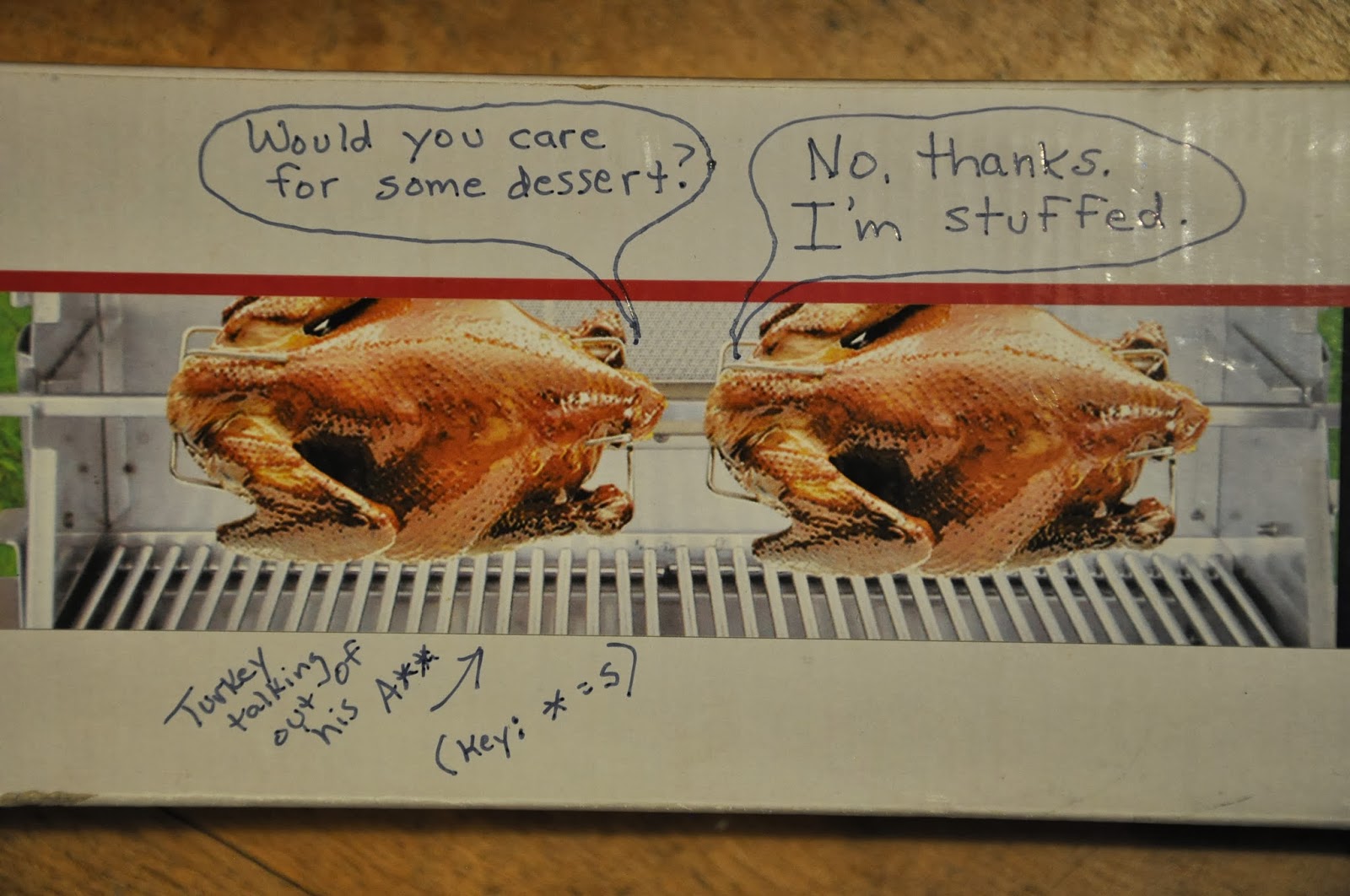 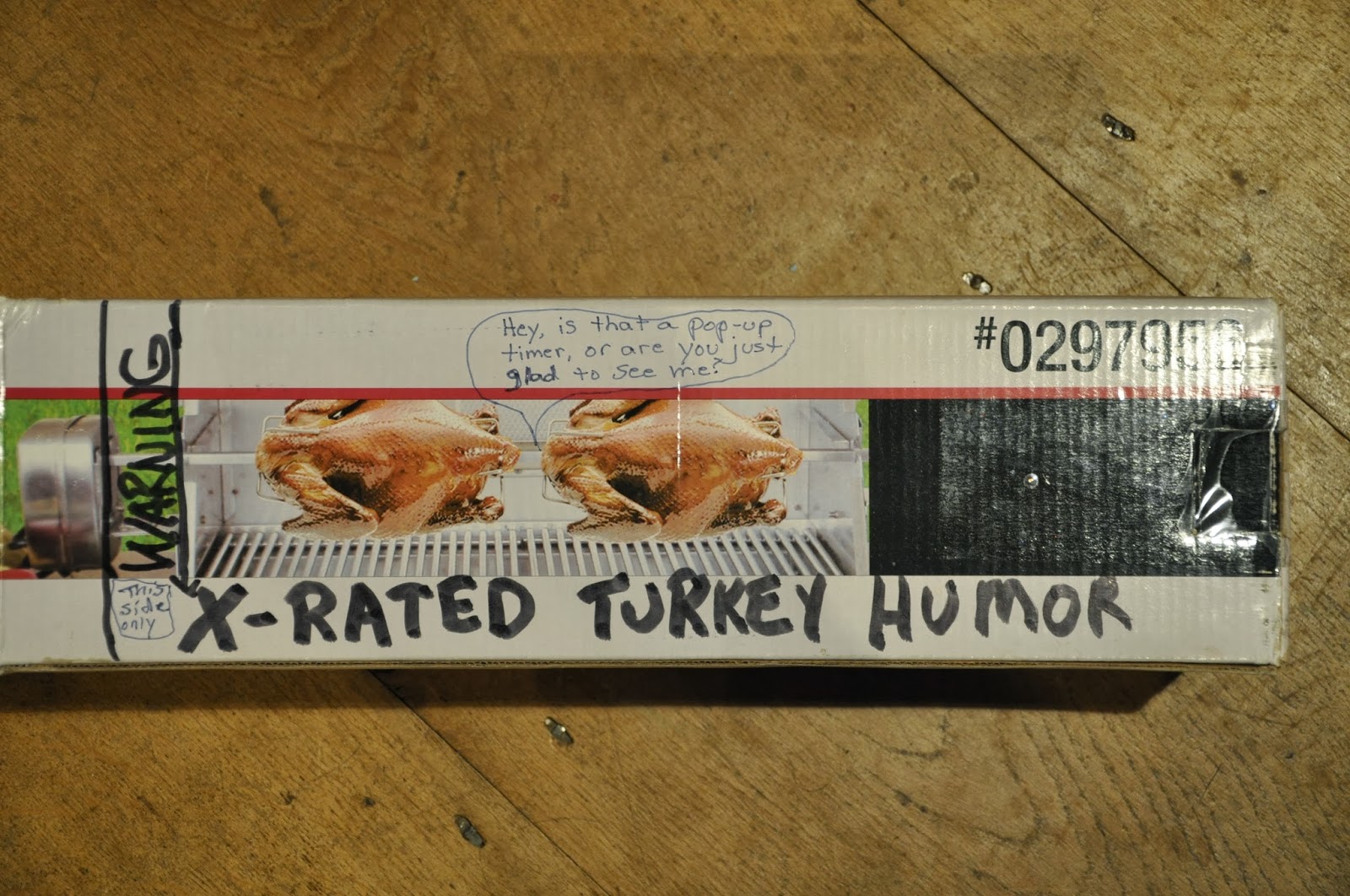 And as if that weren't enough, she sent me some very on-trend and highly sought after washi tape for my birthday!  more, weight, more expense but so appreciated! 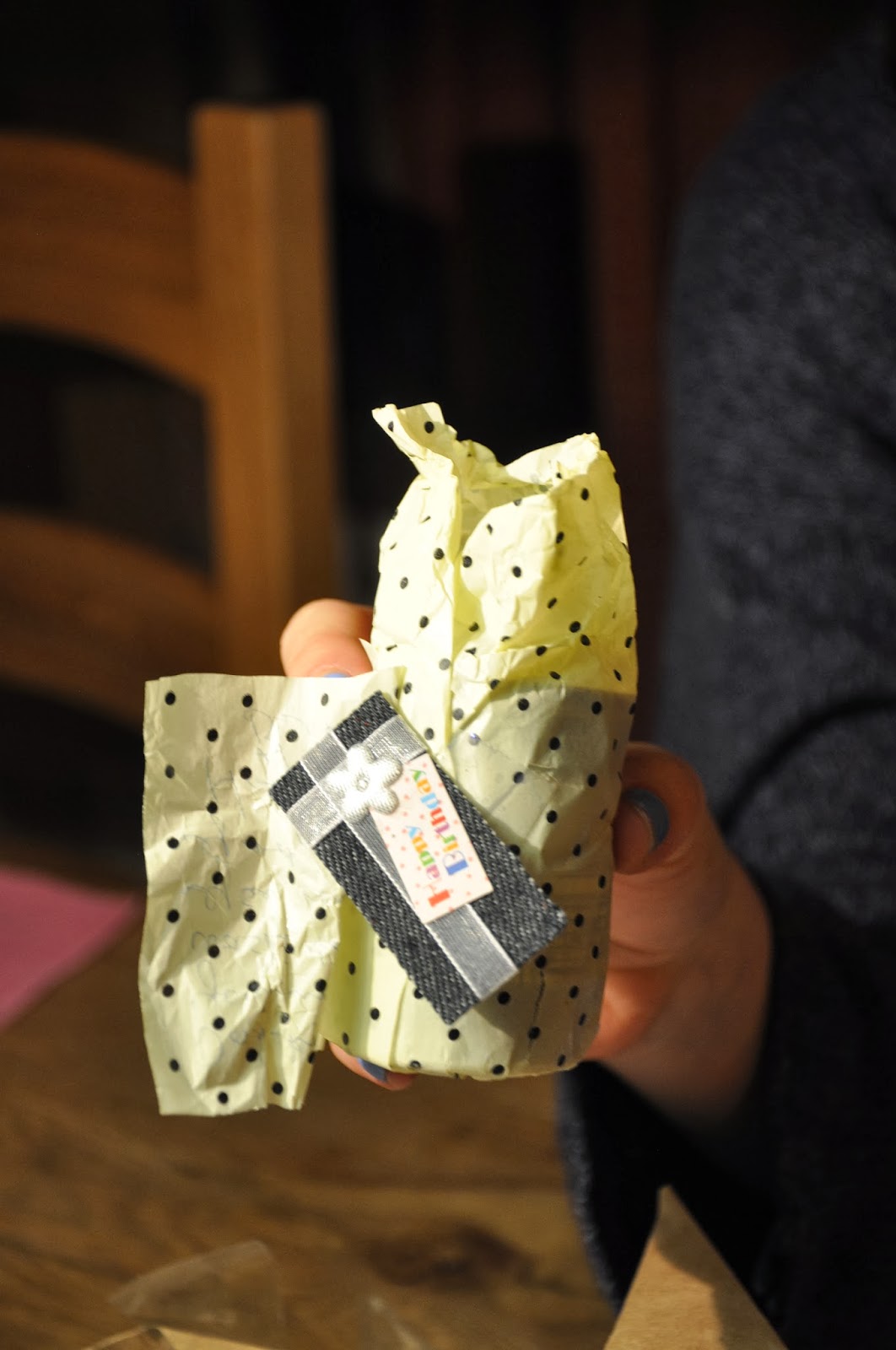 Another perk of being part of this amazing swap was getting a personalised, albeit gross, card from our leader, DK. 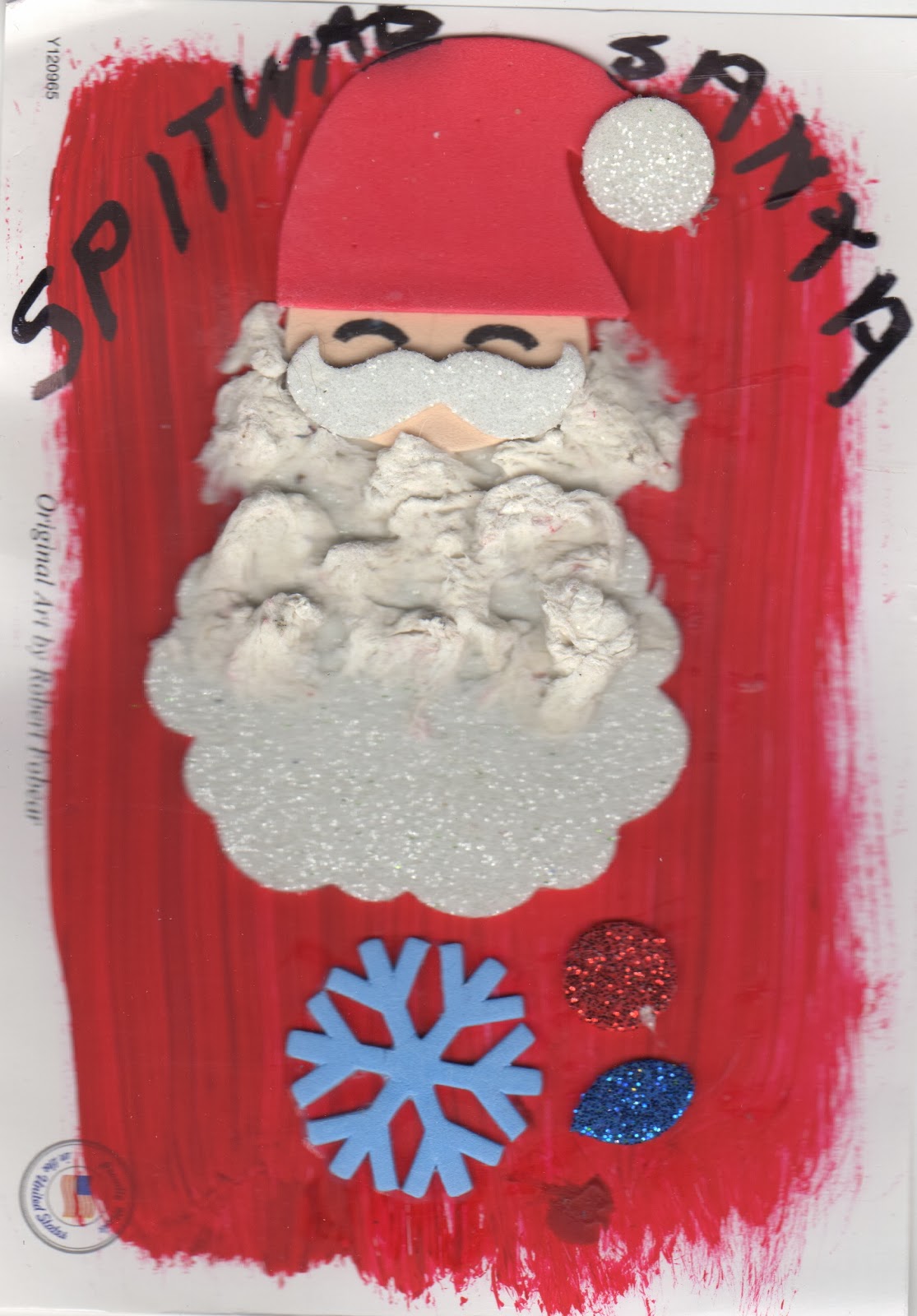 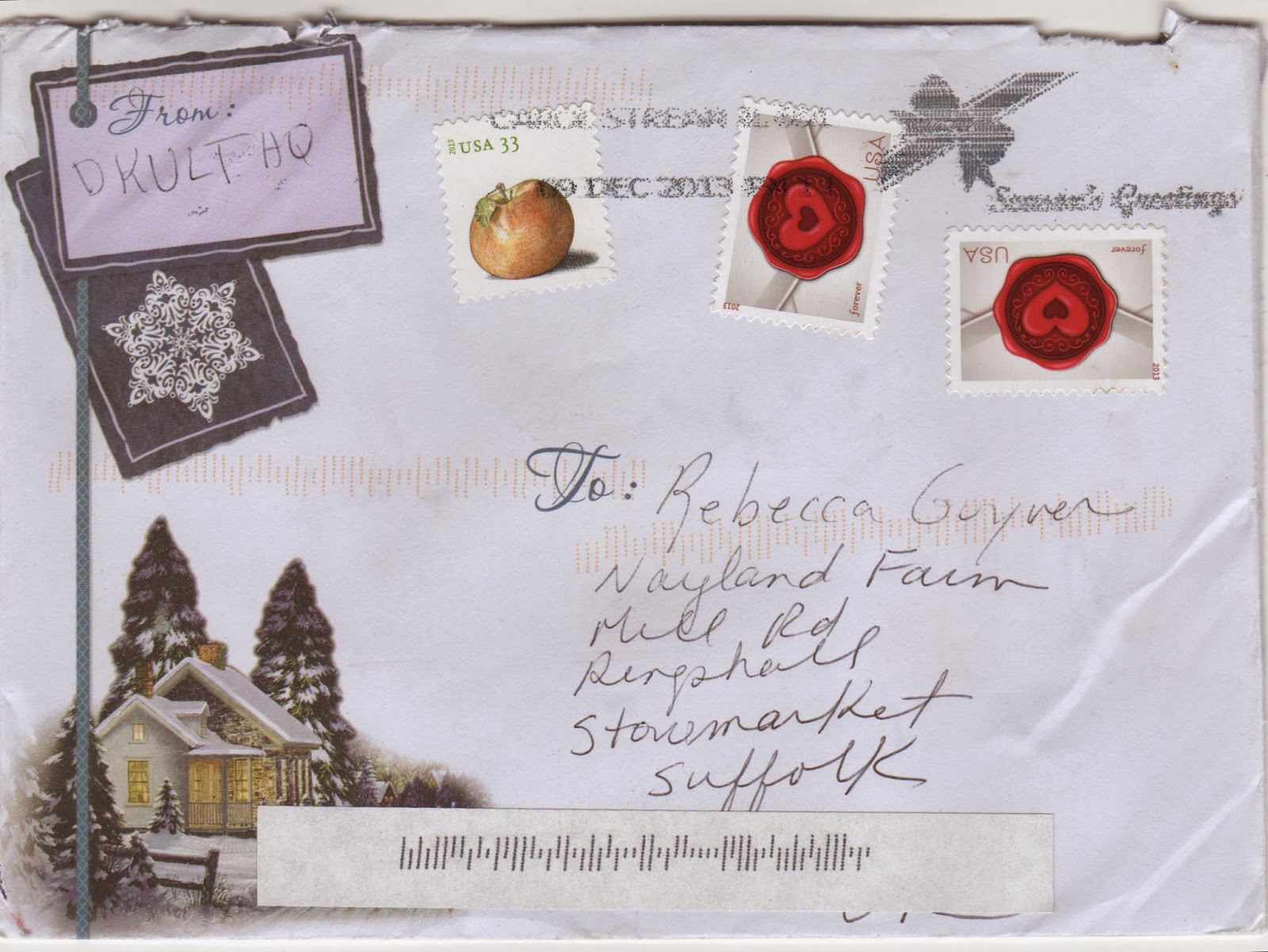 My take on the brief may have been a disappointment to KDJ… she got some dog biscuits with 'ho, ho, ho' on them, a hideous glittery tree ornament, some second hand knitted baubles that I couldn't resist from our local charity shop along with a hand-crafted fused plastic shower cap, that I ironed with KDJ in mind. The photo is KDJ's, unfortunately I deleted all that I took by accident, including a really fetching one of Lyra, my dog, wearing it, unwillingly! 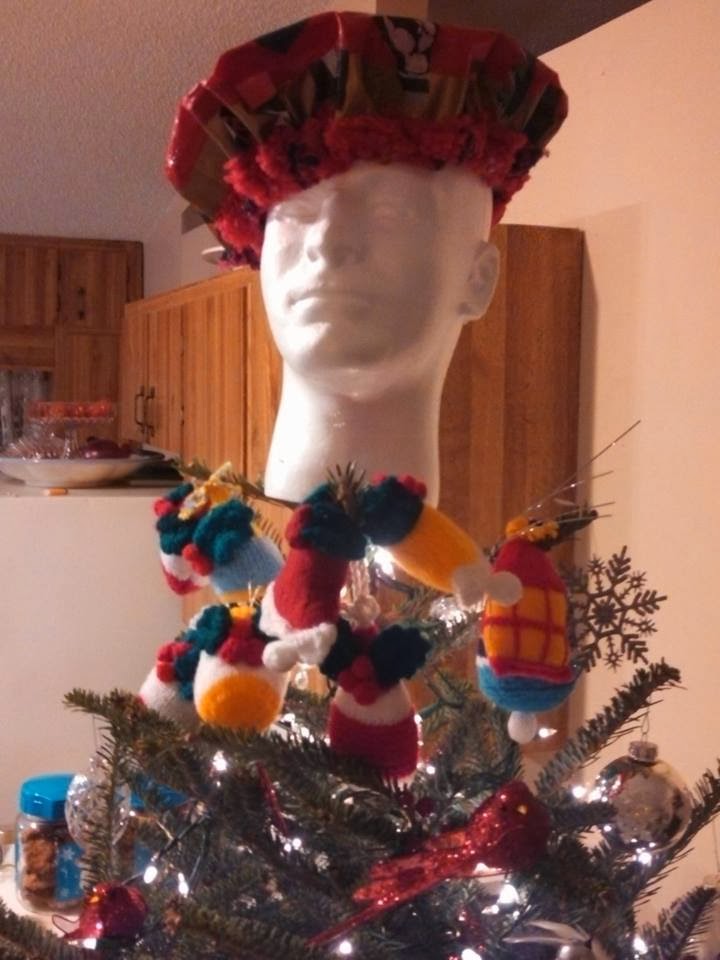