Things argue and then get lost 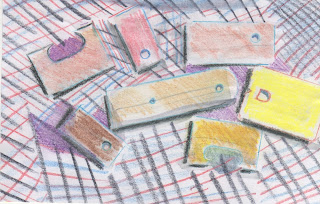 I am finally beginning to blog the leftover items (before I went to Maine) and the new mail art (while away and since I've been back). David's has been resting in the clam shell of pending for a few weeks. So it's funny that I'm blogging about stuff on the day that I searched for lost stuff in amongst the stuff FOR HOURS.  For sure I was not happy.  In the end I ordered a new bank card and found the phone number of the man who'd called to ask me to change something he'd bought from a gallery in Southwold at the bottom of a bag under the mail art I will traipse around Bury with today, trying to get someone to hang it because the people who had found a place hadn't really. Every day I shuffle stuff and spend too much time wondering where I put THAT. A stuff less world would be utopia, sort of. Ha, ha.

David, like me, obviously sees stuff as fodder and saves stuff because of its fodder potential or because he has delusions of grandeur that he will be even more important than he is, but I don't believe that. David just likes to draw and think and write a stream of consciousness and share and I can relate to that and this mailing made me smile from ear to ear. 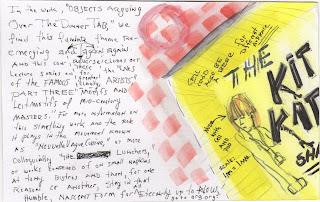 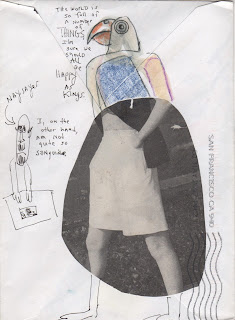 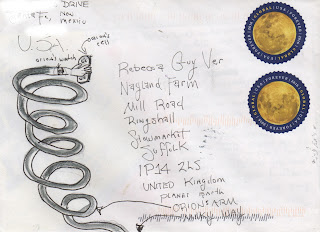