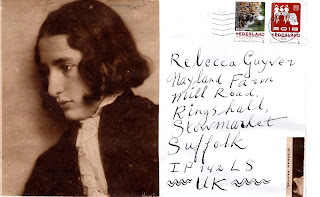 Herman has titled this beautifully conflicted mailing 'Mad world'.  Well, it certainly is! And to illustrate this Herman has culled and juxtaposed an interesting array of characters and arranged them in his quintessetially aesthetic way.  Luckily Herman has given me a hint… above, if that isn't Oscar Wilde, he certainly is a look-alike, and that is topical.  While in India homosexuality has been legalised, I heard tonight that in 41 American states 'reprogramming' for gender - IE turning someone who feels gay into someone who does not feel gay is legal. 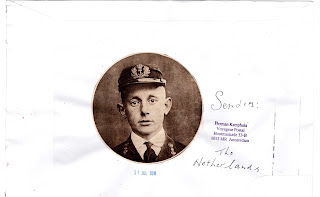 Not sure who this soldier is but as poppy day rolls around again and the world is in a heightened state of danger from power-hungry politicians. not knowing the name of the soldier seems appropriate and has made me pause. 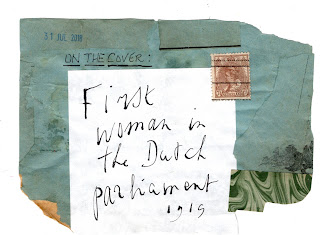 While Kavannagh testifies for his seat on the Supreme Court and has some rarified views about what to call contraception, and it feels like women's rights and progress is in the balance in America, Herman pays tribute to a determined looking first female member of the Dutch parliament (1919) 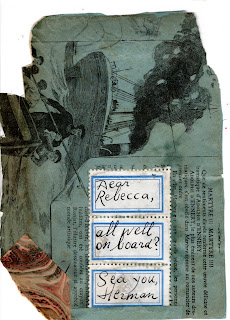 Martydom, mutiny … on board and Seasick. 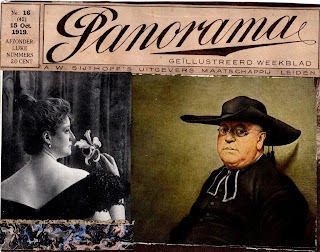 What I notice about these times is the way the intrigue plays out in full view. What's he thinking under his hat? Let's hope it's nothing like what the possessed clergy below is thinking… 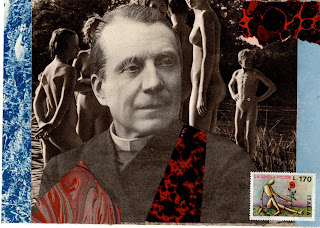 Ditch the drugs and pirouette. You have a much better chance of getting on the Queen's honour list! 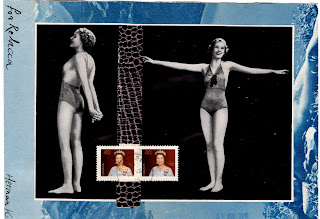 I know I keep apologising but I have had this mailing from Herman since late July! And can you imagine, he sent me something else which is in my blogging pile. Thank you Herman and thank you others who are waiting for mail from me and for me to blog their wonderful work!