Aristde 3108 is always au courant, so it's not surprising that the latest Encarted zeros in on the Dada centennial (1916 - 2016). My understanding of the dada movement is that it was a political expression at odds with the society it existed in. The artists associated with it created 'non-art' that emmanated from a world on the brink of hardship. According to Hugo Ball, one of the artists associated with ythe DaDa movement, "art is not an end in itself... but an opportunity for the true perception and criticism of the times we live in."

Aristide 3108 is always aesthetic but I doubt anyone would call Schwitters unaesthetic... so I love what feels to me as 1920s use of colour used on the ATC sized card inside Aristide 3108's bespoke dada wordplay envelope. And while I know I should be hearing something experimental and confrontational, I can almost hear the tinkle of a Noel Coward song (which I guess would be the antithesis of DaDa, but in a way I guess that's the point, that playful, humorous, way with imagery, words and sound that is challenging but also enjoyable and amusing. 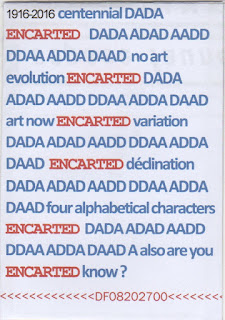 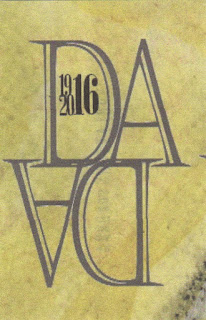 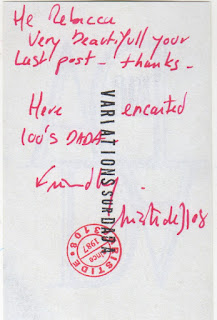 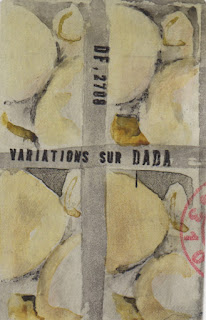 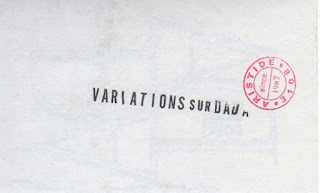 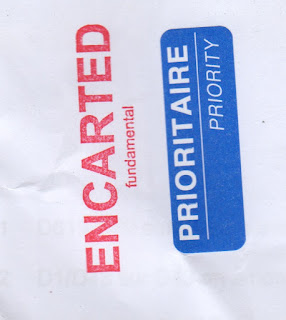