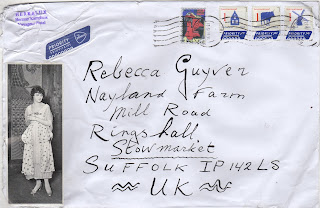 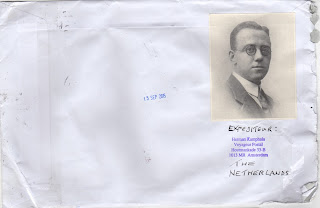 Herman has learned that the postal system is a crocodile, chomping at corners.  This is at least the second crumpled envelope I've recieved from him.  Luckily the exquisite interior envelope is unscathed. The paper Herman finds is like nothing I come across here.  It's as though he has found a magic writing desk with papers from the past..  He doesn't treat them as the little treasures that they are (THANKFULLY), he uses them playfully with panache. 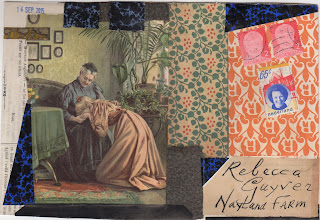 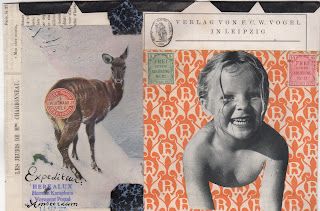 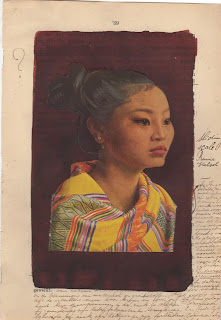 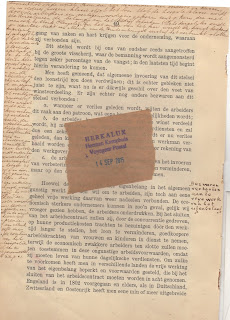 Herman has completed this beautiful altered book page juxtaposing the colour of the portrait with a rich brown ink that comes forward and recedes obscuring and revealing the words. 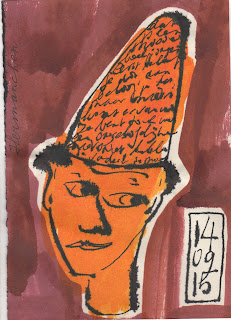 Herman's note speaks of a stamp I made from one of his doodles. I am sure this delightful character will make it into a stamp too! 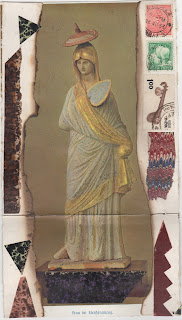 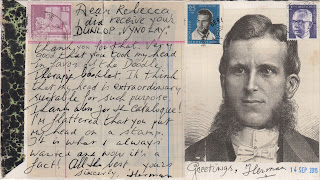 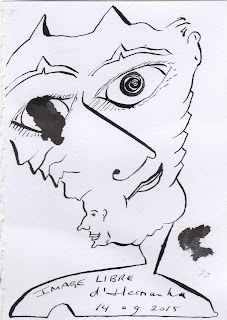 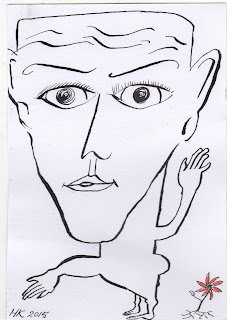 I got doodles from Herman from two people this weekend. These two and a collab book Carina returned, completed. FABULOUS! 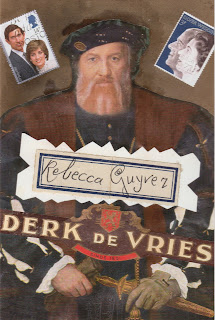 The last time I wrote to Herman I asked him how his trip to Blighty had been. Did he visit the Tower of London, Sissinghurst,  Brighton Pier? 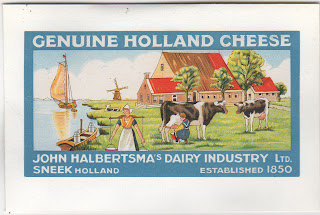 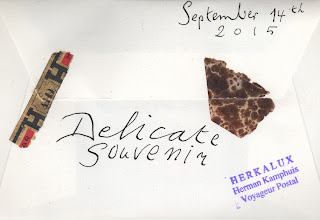 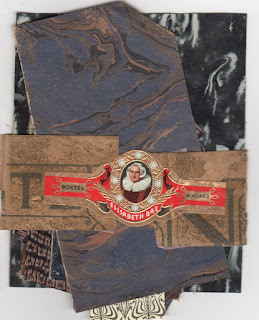 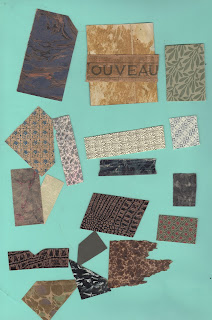 Another doodle collab coming your way soon but this time it's mostly your drawing!  I tried to use colour that you might find in that magic drawer.  Big thanks!
Posted by Rebecca at 1:37 PM