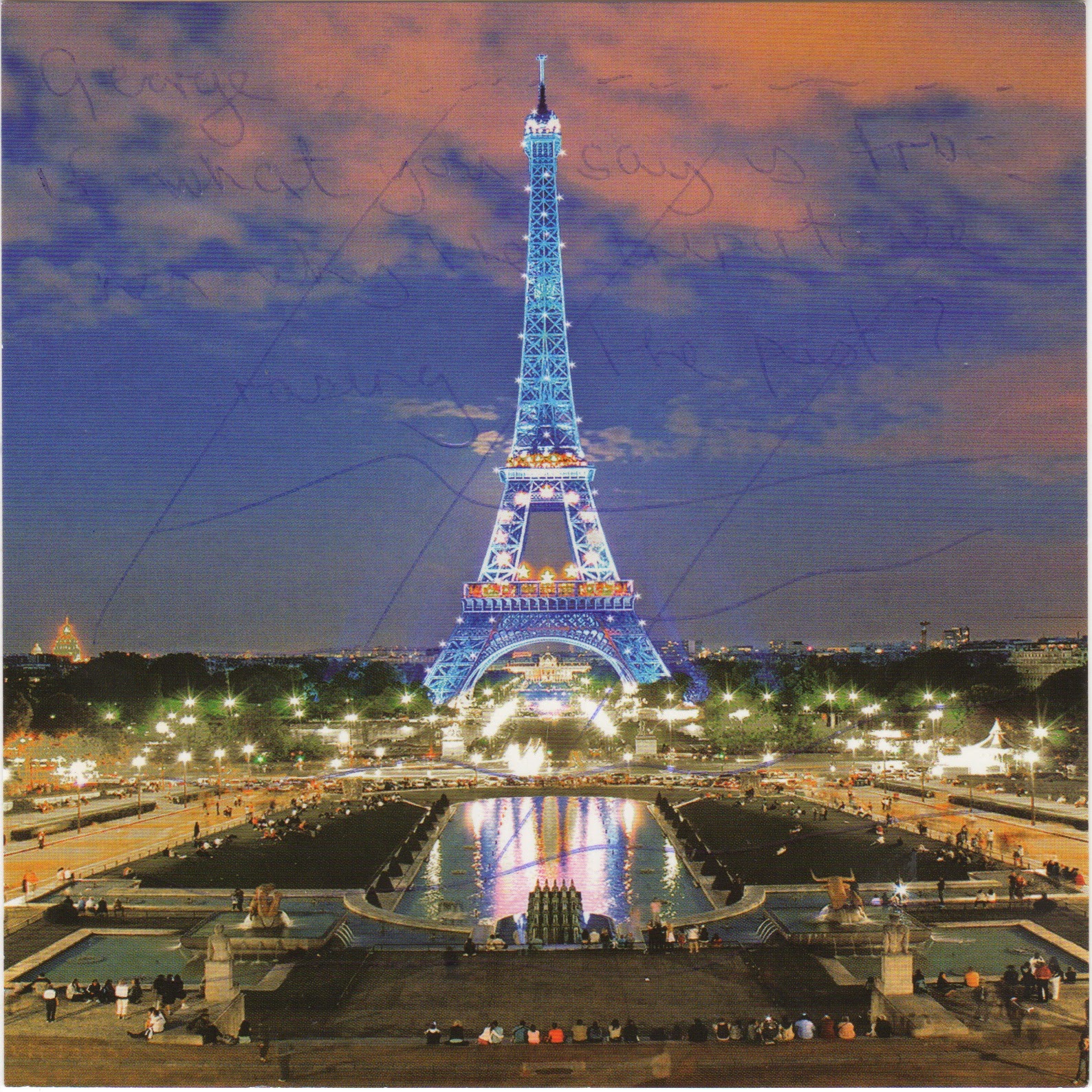 You have to look closely at the surface of the photograph to make out the graffiti Dave Plumb, from Suffolk who went to France over New Year, sent me.
' George……. if what you say is true then why the impotance of erasing the past?' 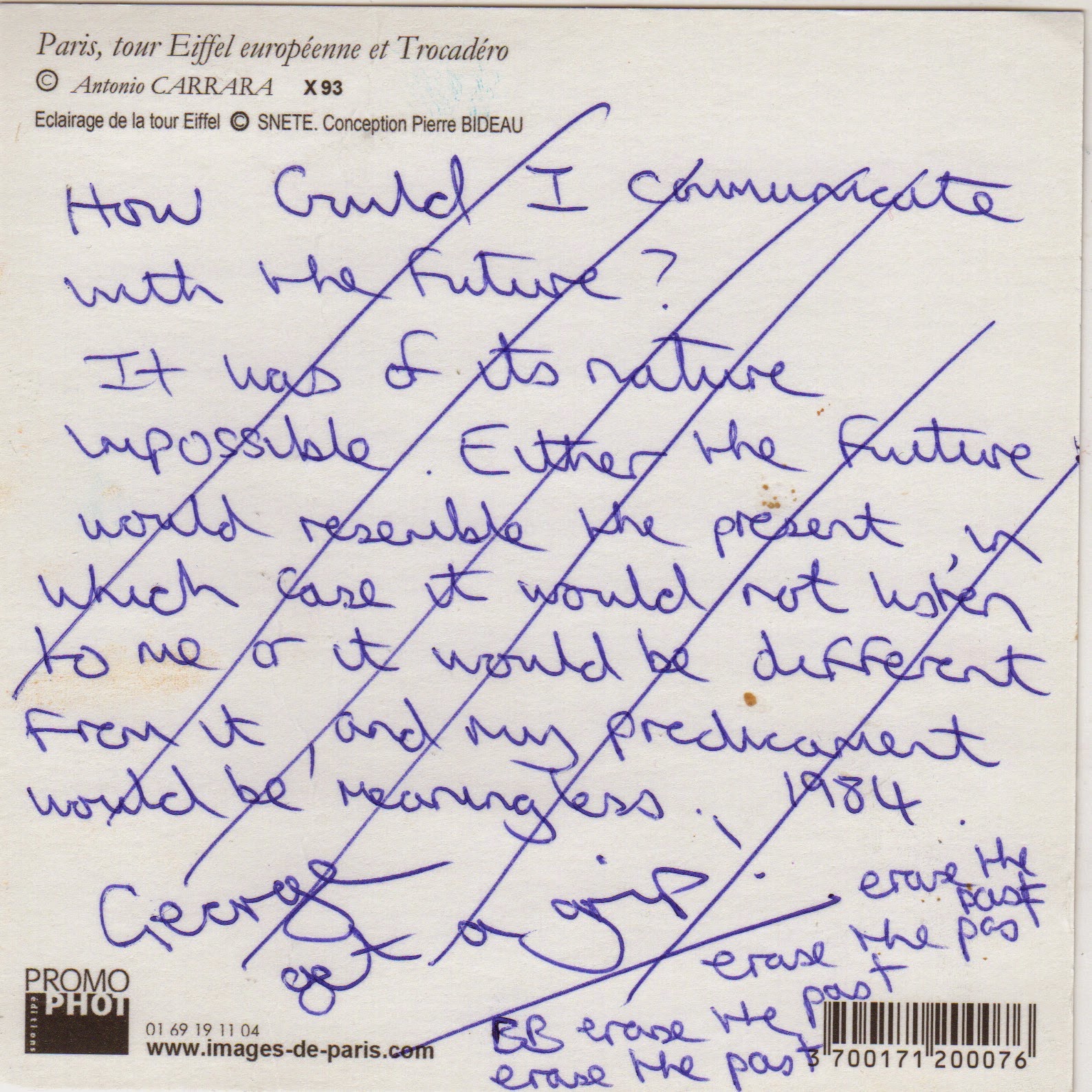 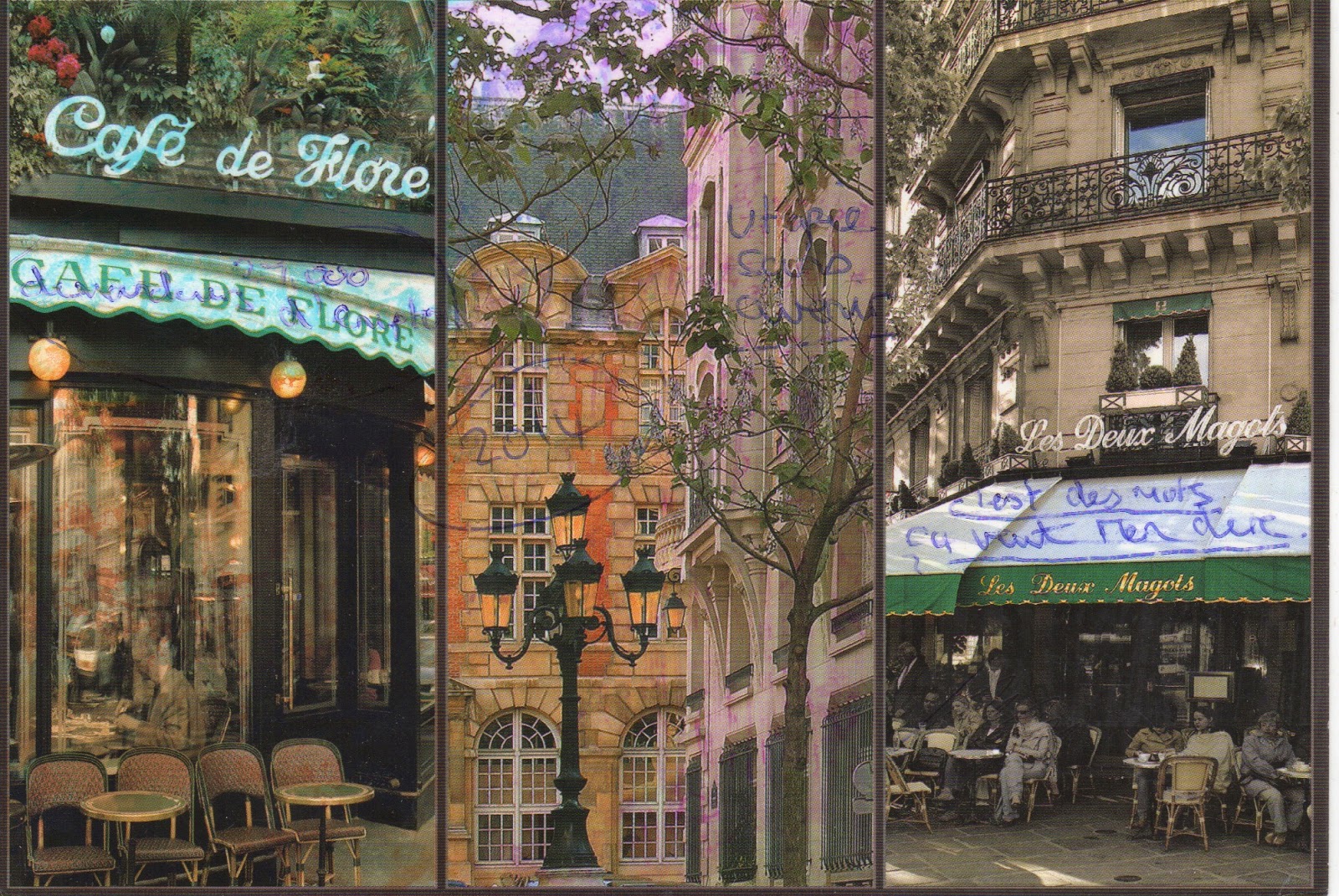 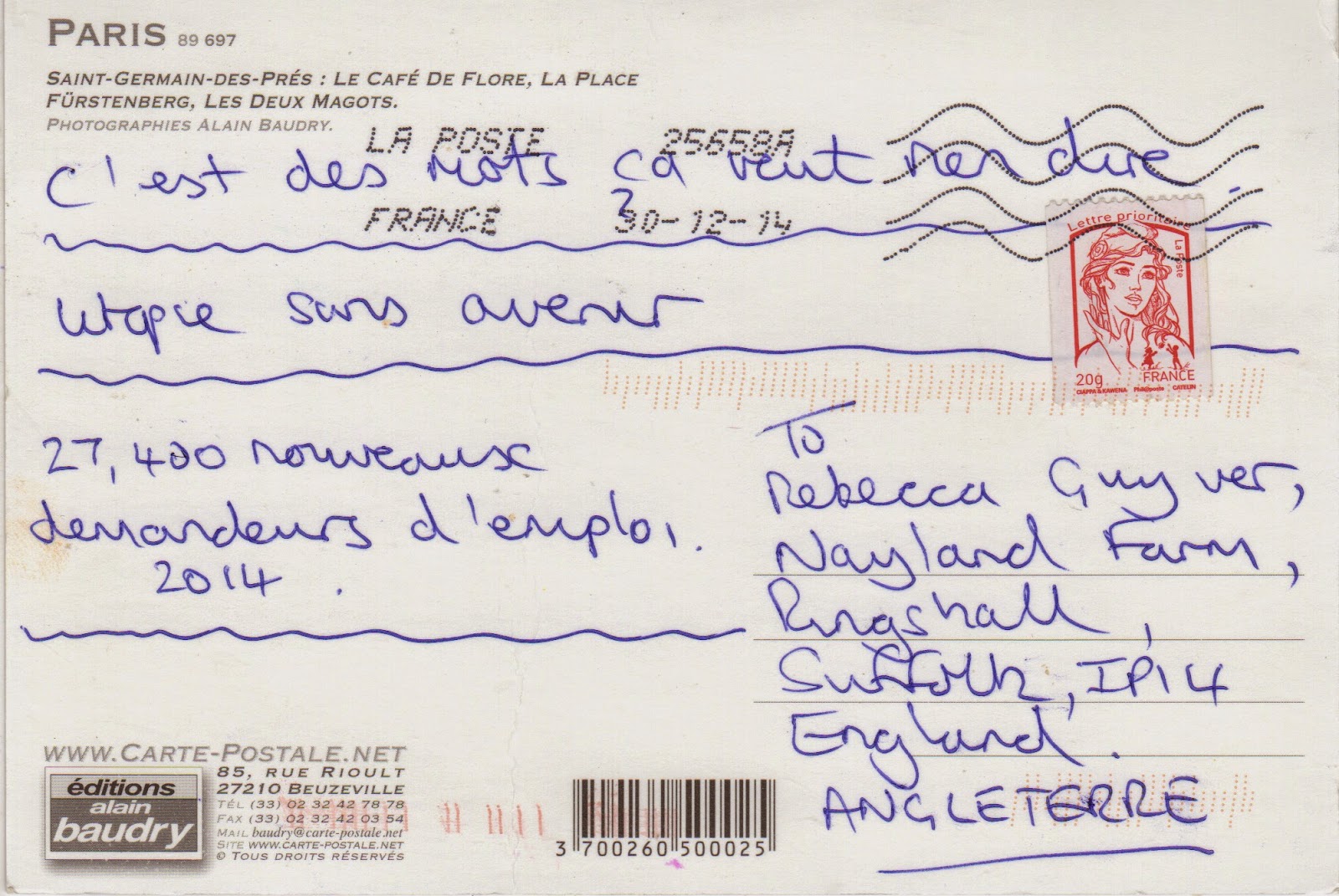 Luckily Dave has transcribed what he has seen in Paris, scrawled on a building.  Today sent me this!

When we arrived in Paris for our Christmas break we were walking from the Richard -Lenoir Metro to our hotel in Rue Amelot when I noticed some
interesting graffiti on a wall in Rue Pelee . I wrote these words down and used them as part of the postcards I sent you as they were indicative of the Parisian
enigma which requires as much thought as you are prepared to give. What I didn't realise until the events unfolded was that these words were written just yards from the offices of Charlie Hebdo. This makes them even more interesting than I realised .'
Posted by Rebecca at 12:33 PM