As Crufts comes to an end, Hermanka reigns

I've never been to Crufts and can't say I follow it but last night I caught a glimpse of it and couldn't help thinking that in the parallel universe of pets, behaviour was a little better than it is in our democracies. The askance look of the framed pooch above might be a window onto what our four-legged friends might think of us as we carry on…

As ever, Herman faces the political hubub in his characteristic visually humorous way.  You couldn't fail to notice that the world has been considering its position on 'me too' recently.  Herman's juxtaposition of a clergyman with a nubile young dark-haired beauty and that catchphrase makes me consider my views about sexism, power and privilege. 'Hermanka', pulls me into the Whitehouse orbit. And then there's just the aesthetics of it all. Red hot! 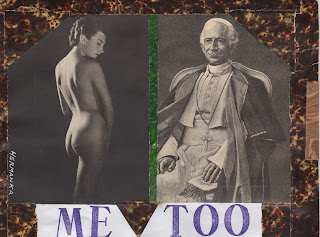 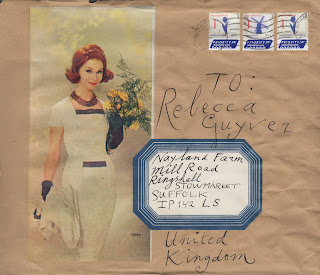 I love when Herman decorates his outer envelope.  The woman on the front heralds the treasure inside.  For me, a bouquet is one of my favourite treats - a mailing from Herman tops that! 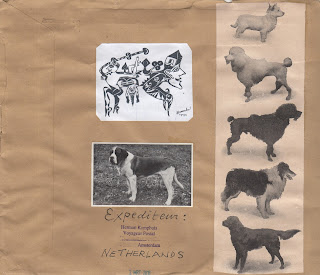 Our dog has only been groomed once and it was the most conservative trim you can imagine.  Mostly she just had her dreadlocks removed.  These dogs are doodle heaven and Herman's doodle fits in perfectly! 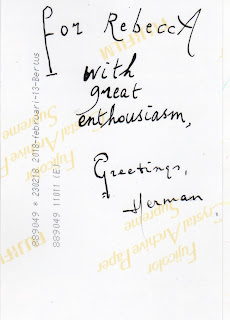 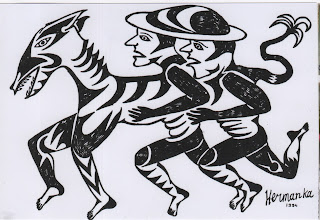 Our mail crossed in the post and although I am a delinquent mail artist, Herman sent me a second mailing on the heels of the first.  As ever, I am very grateful!
Posted by Rebecca at 1:29 PM

Email ThisBlogThis!Share to TwitterShare to FacebookShare to Pinterest
Labels: Herman Kamhuis, Hermanka, http://iuoma-network.ning.com, Me Too